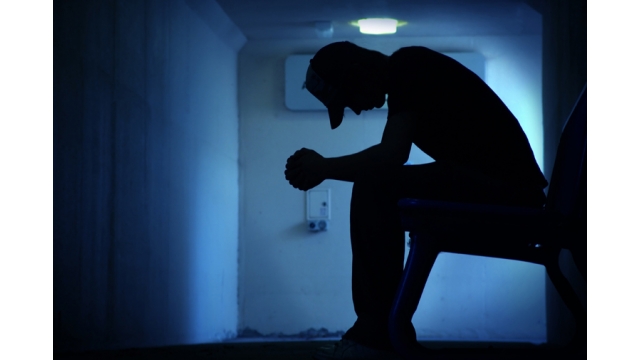 A new study has found that electroshock treatment, also known as electroconvulsive therapy or ECT, and given to at least 100,000 Americans a year, including children, does not decrease the risk of death by suicide, contrary to its proponents’ claims.[1] The study, published in the Journal of Clinical Psychiatry, showed an astounding rate of suicide death for those who received ECT as 137.34 deaths per 10,000 in 30 days of receiving it and 804.39 per 10,000 in a year following ECT.[2] The mental health industry watchdog, Citizens Commission on Human Rights International, which obtained some of the first bans on the procedure, has warned of this risk for more than 50 years. It says because the literature does not support that ECT exerts protective effects against suicide, consumer’s informed consent rights are violated when told it is “life-saving.”[3]

Shock therapy–the passage of up to 460 volts of electricity through the brain–is often recommended after antidepressants have failed. Studies report antidepressant unworkability to be as high as 46%.[4] Both treatments have been misleadingly marketed as correcting chemicals or chemical messages in the brain causing depression.[5] The chemical imbalance theory was debunked last month by researchers from the University College London, who reviewed major studies published over several decades and found no convincing evidence to support that a chemical imbalance causes mental disorder.[6]

Because these treatments do not prevent suicide, CCHR says this is another reason why they should never be forced on patients–a practice that the United Nations has equated with torture.[7] UN agencies and the World Health Organization have called for an end to coercive psychiatric practices and a move away from the biomedical treatment approach.

Researcher Bradley V. Watts, MD, MPH, of the department of psychiatry at Geisel Medical School at Dartmouth College, and colleagues, said their electroshock research was important because “Early studies of the impact of ECT on suicide deaths were conducted in an era during which effective psychotropic medication was limited or inaccessible to most patients.” The current ECT study group was compared with a cohort taking modern “effective” drugs.[8] But these were found to have suicide death rates similar to ECT: 138.65 per 10,000 in 30 days and 564.52 per 10,000 in 1 year. “ECT does not appear to have a greater effect on decreasing the risk for suicide than other types of mental health treatment provided to patients with similar risk,” Watts and colleagues wrote.[9]

The electroshock study utilized electronic medical record data spanning 17 years from the Department of Veterans Affairs health system between 2000 and 2017 to include 5,157 index courses of ECT therapy, along with 10,097 matched controls who did not receive ECT.[12]

Professor John Read, Ph.D., School of Psychology, University of East London writing in Psychology Today also noted that from a 2019 review of the ECT research literature with Professor Kirsch of Harvard Medical School, “there is no convincing evidence that ECT outperforms placebo in the short-term and no evidence at all that it has any long-term benefits or prevents suicide.”[13] “Given the well-documented high risk of persistent memory dysfunction, the cost-benefit analysis for ECT remains so poor that its use cannot be scientifically, or ethically, justified,” Prof. Read stated.[14]

Jan Eastgate, president of CCHR International, said: “Antidepressants do not prevent suicide. When they don’t ‘work,’ then electroshock is recommended, but this, too, doesn’t prevent suicide. Patients, who feel they need mental health care need safer options. Telling them that ECT and antidepressants are ‘life-saving treatment’ and correct unbalanced chemicals or chemical messages in the brain, is so misleading that it could constitute consumer fraud.”

It can be tragically expected that more patients could commit suicide after receiving treatment that failed them–and the death roll will rise.

CCHR calls for more effective and safer medical solutions and urges people to sign its Petition to Ban Electroshock.

[2] “ECT did not decrease risk for death by suicide compared with other mental health care,” Helio, 20 Jul. 2022, www.healio.com/news/psychiatry/20220720/ect-did-not-decrease-risk-for-death-by-suicide-compared-with-other-mental-health-care

[7] Report of the Special Rapporteur on torture and other cruel, inhuman or degrading treatment or punishment, Juan E. Mendez; Human Rights Council Twenty-second session; Promotion and protection of all human rights, civil, political, economic, social and cultural rights, including the right to development; 1 Feb. 2013

[11] Joanne Moncrieff, “Against the stream: Antidepressants are not antidepressants – an alternative approach to drug action and implications for the use of antidepressants,” BJ Psych Bulletin, Feb. 2018, www.ncbi.nlm.nih.gov/pmc/articles/PMC6001865/

[13] Prof. John Read, “Patients Are Being Misinformed About Electroconvulsive Therapy,”